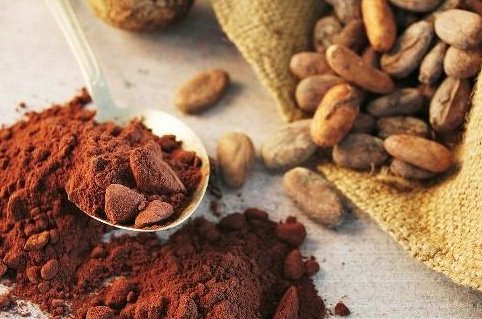 Anyone who appreciates good chocolate in any form – be it a square of dark, a row of milk or a decadent cup of Columbus Coffee's Decadent Chocolate – should be eternally grateful to those clever Mayans who worked out that the cacao bean could form the basis of one of the most popular culinary treats in the modern world.

As far back as the sixth century there is evidence of the Mayans drinking something with a base of cacao bean and other elements, forming the beginning of our love affair with what we now know as chocolate. The beans even formed part of royal and religious events and were presented as offerings to the gods.

Many people would still say that chocolate is still a religious experience for them, with a mystical power to make bad days better and conjure up a smile where previously none was to be found.  A bit like coffee, we think!  The scientific reason for this is that the cacao bean (the base raw product) contains anandamide – the bliss chemical – and phenethylamine, the love chemical and consuming it increases serotonin levels. Chocolate actually does equal happiness!

David Wolfe, superfood Guru, is evangelical about what he calls raw chocolate and says there's plenty of evidence to say that eating it really could have a large positive impact on your health: fighting stress, managing weight, stabilising mood, assisting digestion and even make you live longer.

"It's not just wishful thinking, raw cacao really is very good for you in every way." says Wolfe. "It is one of the top antioxidant foods in the world – 30 times higher than red wine and 20 times higher than green tea. Cacao beans contain significant amounts of magnesium, chromium, vanadium, copper, zinc, manganese, and phosphorus which are all important to keep stress levels low – something most people in the modern world are constantly striving for."

There certainly has been an increase in the prevalence of raw cacao products on our shelves and many websites advocate its use in chocolate flavoured sweets, with dates or agave syrup to sweeten. It's nice to think that something that tastes so good might not be so terrible for you after all.

And apparently it's not just for internal use.  Josh Rosebrook, stylist to stars such as Sofia Bush, Mila Kunis, and Ellen DeGeneres has developed a range of cacao face products including an antioxidant mask that has had rave reviews since it came out. In fact Vanity Fair's Beauty Blog recognises it as one of their favourite skin products. Because cacao is extremely high in flavanols – powerful antioxidants that help to activate blood circulation in the skin stimulating blood flow to micro-circulatory areas, it feeds skin the vitamins, minerals, amino and fatty acids and antioxidants it needs to be bright, tight and youthful.

Those ancient Central and South Americans certainly knew a few things about healthy living: Quinoa, cacao, acai berry, maca and many more products from those regions are being heralded everywhere as superfoods we should all be consuming to live better and longer.